Navigate – at the V&A 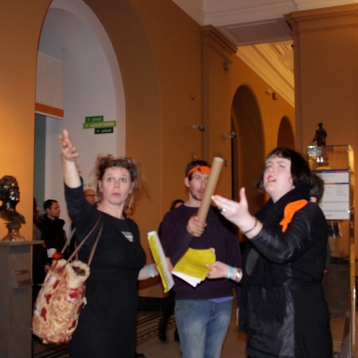 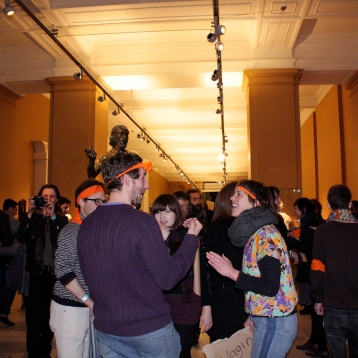 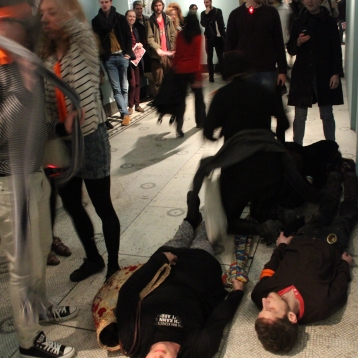 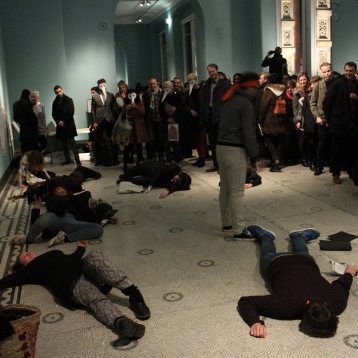 ilka Leukefeld was part of the performance by the group Navigate at the Victoria and Albert Museum, London, on 28 February 2014. It was part of the Hackney Wick Takeover at the V&A.

Each participant contributed an action to the group durational work, which was performed twice that evening. Leukefeld initiated a sequence that proposed reconfiguring the V&A as a communal live-work space for artists. Her performance included making plans for refurbishment and interior design, along with allotments in the courtyard.

In preparation, the group agreed: “The participants will move around the space in a group, calling and interacting with each other, the architecture, acoustics and the audience. The performance will balance on improvisation, and site-responsive movement, using techniques blurring the line between activism, protest and play.”